Wounds
Tico (who has been voiced by Muhammed Cunningham, Jose Zelaya and currently by Jean Carlos Celi) is a dark purple ferret and a friend of Dora's who lives in the forest and is very fluent in Spanish though very rarely speaks English. He wears a colorful striped vest and is usually seen driving his little yellow car, although he has been known to travel in a variety of vehicles, from helicopters to boats. In School Daze, he is in a gay relationship with Boots. 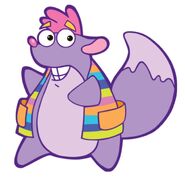 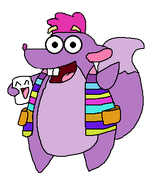 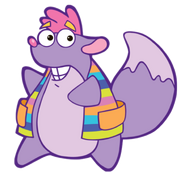 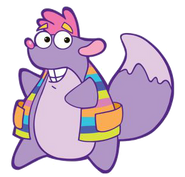 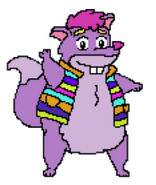 Add a photo to this gallery
Retrieved from "https://school-daze.fandom.com/wiki/Tico?oldid=8016"
Community content is available under CC-BY-SA unless otherwise noted.