Board of the Arts
Phil is a major character in Rugrats and All Grown Up!. He is a friend of Tommy Pickles, as well as the twin brother of Lil, and the son of Betty and Howard. He first appears in "Board of the Arts".

When he/she first appeared in "Board of the Arts", Phil, along with the rest of the Rugrats, played some board games online with Caillou and his team. Throughout most of the "Karaoke Conflict Arc", he is mostly seen rehearsing with Stewie, after him and Brian ended their friendship. He sang the song "I Just Died In Your Arms Tonight" with Lil during Karaoke Night, in order to save the Java Lava. By the end of the Arc, Phil begins to help Caillou's Team in their mission to rescue Perry. 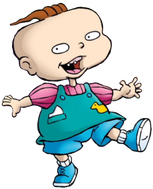 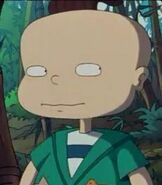 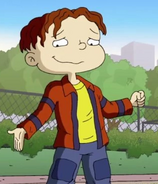 Add a photo to this gallery
Retrieved from "https://school-daze.fandom.com/wiki/Phil?oldid=4320"
Community content is available under CC-BY-SA unless otherwise noted.