Lucy Diode, was a recurring character appearing in the High School Years Series. She was the assistant teacher of Tom, Trent, Willy, and Caillou in Biology. She always helped Tom and the gang improve their grades. She first appeared in the episode “High School Begins”. She made her final appearance in “The Final Frontier”.

Ms. Diode was very helpful. She was always willing to help Tom and his friends with Biology. Earlier in the series, Tom and the gang were failing every Biology quiz or test they receive. Afterwards, Ms. Diode would give them the opportunity to retake said test. They used to reject the offer, but later on, they started to accept her help with improving their grades. She’s been appearing in almost every episode since her debut in “High School Begins”. In Season 24, However, she left the school to get surgery. She was replaced by Ms. Kazaguruma from “The New Diode”, up until “Triple Deadline”. In “Back on the Road”, she returns and helps Tom and the gang prepare for MCAS. She last appeared in “The Final Frontier”. However, In “The Learning Continues”, she returns and reveals that she has her own Biology class, and is no longer assisting Ms. Aarestad.

Ms. Diode had tan skin, brown eyes, and brown hair. She sometimes wore glasses. Her outfits vary throughout the series(usually consisting of sweaters or blouses with formal pants, dark shoes, and sometimes a dress), but she was mostly seen in 4 outfits.

Her outfit in the first half of High School Years consisted of a red short-sleeve blouse, blue jeans, and black shoes, while in the second half, she wore a magenta turtleneck sweater, black pants, and dark gray high-heels.

In Forever Sophomores, consists of a brown sleeveless dress with black shoes. In Advanced Education, she wore a gray-spotted, black dress with the same shoes. In Senior Year, she wore a deep blue t-shirt, blue denim shorts, and gray slip-ons. In school, she wears blouses with slacks and high-heels. 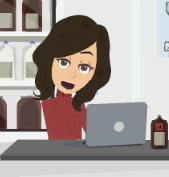 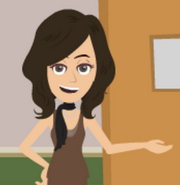 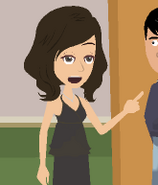 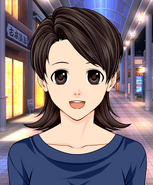 Add a photo to this gallery
Retrieved from "https://school-daze.fandom.com/wiki/Ms._Diode?oldid=6457"
Community content is available under CC-BY-SA unless otherwise noted.