Trina Lee Cordero, was a recurring character who appeared in the Original Series and the 8th Grade Adventures Series. She was a special education teacher for Tom, Trent, and Willy in the 7th and 8th grade. She always helps them with school projects. She first appeared in the episode “The First Day”. She made her final appearance in “School Daze: The End”. She returned in “The Dental Institution”.

Ms. Cordero was very kind and helpful, though she was a nag at times. She was always willing to help Tom and his friends with school projects. She often got frustrated whenever a student (such as Eddy) was doing something they shouldn’t be doing. She has been appearing in almost every episode from Seasons 1-17, until her final appearance in “School Daze: The End”. However, she returns in “The Dental Institution” as she is seen greeting Tom and his friends while taking a tour of the High School. In the Forever Sophomores episode "Twitter Heals All Wounds", she makes a non-speaking cameo as she is seen entering the building with Ms. Winters at the end of the episode.

Ms. Cordero had tan skin, green eyes, and brown hair. Her outfits varied throughout the series, but she was mostly seen in 3 outfits. In the Original Series and 8th Grade Adventures Series, she mostly wore an orange turtleneck sweater, a maroon skirt, and white shoes. Her new outfit when she returns in The High School Years Series, consists of a dark blue sweater, lighter blue jeans, and black shoes. In The Forever Sophomores Series, she wears a long black coat with a gray scarf, a lighter gray undershirt, black trousers, and black boots. 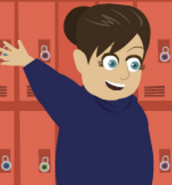 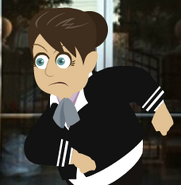 Add a photo to this gallery
Retrieved from "https://school-daze.fandom.com/wiki/Mrs._Cordero?oldid=5017"
Community content is available under CC-BY-SA unless otherwise noted.