Mr. Roberts is very helpful. He often helps Tom and the gang with Homework or Classwork. Like Mr. Pillock, Mr. Roberts is a big fan of the Red-Sox. It has been stated that Mr. Pillock and Mr. Roberts have known each other for a long time. He's been appearing in almost every episode since his debut in "The Learning Continues".

Mr. Roberts has fair skin and brown eyes. His hair is shaved, so it is unknown weather his hair is black or dark brown. His outfits vary throughout the series, usually consisting of a dress shirt or polo with either jeans or khakis for legwear, and sometimes a sweater or sports jacket. His footwear is either dress shoes or sneakers. However, he is mostly seen in 3 outfits.

In the Forever Sophomores series, he mainly wore a red and white checkered dress shirt with rolled up sleeves, a brown belt with a silver buckle, khaki pants, and brown loafers.

His outfit during "The Weirdness War" consists of a navy blue t-shirt with the School Mascot on it, blue jeans, and a pair of gray New Balance sneakers.

In the Advanced Education series, Mr. Roberts wears a cyan short-sleeved polo shirt, his blue jeans from "The Weirdness War", and the same brown loafers. He is seen with a beard in his later appearances.

In the Senior Year series, His primary outfit consists of a red sports jacket over a blue shirt with his original khaki pants and brown shoes. This outfit is usually seen in different colors. 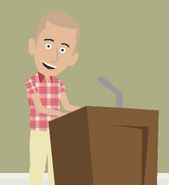 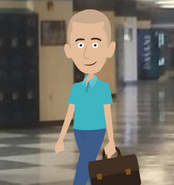 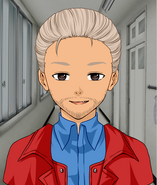 Add a photo to this gallery
Retrieved from "https://school-daze.fandom.com/wiki/Mr._Roberts?oldid=6455"
Community content is available under CC-BY-SA unless otherwise noted.