Teen Mom
Baby Jaguar is a character from Dora the Explorer and Go, Diego, Go!. He is a small jaguar cub who assists Diego on adventures. Sharkey Thomas Sharkey, who is the voice of Baby Jaguar, is also the singing voice of the kangaroo "Austin" in the Backyardigans. and also the 3rd voice of "Shovel" from Blue's Clues. In School Daze, he is voiced by Joe Nesto, the same person who voiced Ernie, Bernie, & Hamm from Toy Story: The Series. 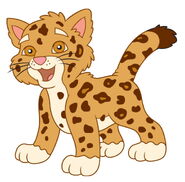 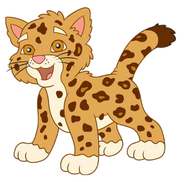 Add a photo to this gallery
Retrieved from "https://school-daze.fandom.com/wiki/Baby_Jaguar?oldid=6840"
Community content is available under CC-BY-SA unless otherwise noted.